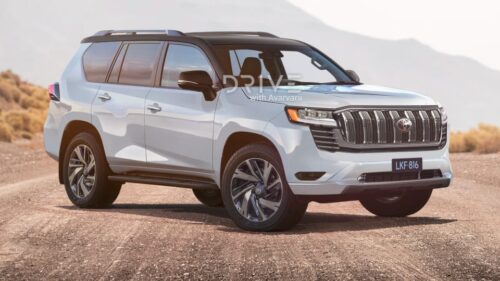 Toyota has submitted a trademark application for a Lexus GX550 model. It would be easy to believe this is the next generation of the Toyota GX line of rugged yet refined, body-on-frame, 4×4 SUVs appointed with respective Lexus refinements. After all, the current GX460 has been in production with very minor changes since 2010. We won’t blather about the current models’ old tech, or how it’s mpg is too low for the current environment… because honestly, GX die hards don’t care. They buy a GX for it’s off-road capabilities with a few nice options thrown in (e.g. leather, stereo, heated/cooled seats, V8 engine). So will the Lexus GX550 be the next in the evolution or, as some rumors suggest, be a revolutionary shift forward?

What Off-Roaders Want in the GX550

Whatever rumor you buy into, we want to see the next gen Lexus GX pay homage to its off-road capabilities. It should improve upon, not limit, what can be done with the platform. Moving to a cross-over format would be disastrous for anyone seriously wanting to off-road the GX. A larger format might not help since many find the current LX (Land Cruiser 200, Land Cruiser 300) to be too large for many trails. Hopefully, the engineers and marketing experts at Lexus and Toyota will find just the right combination of capability, performance, options and price to usher in another generation of GX fans!

Let us know what you think – what should the next GX include, or not include, in it’s design? Comment below.