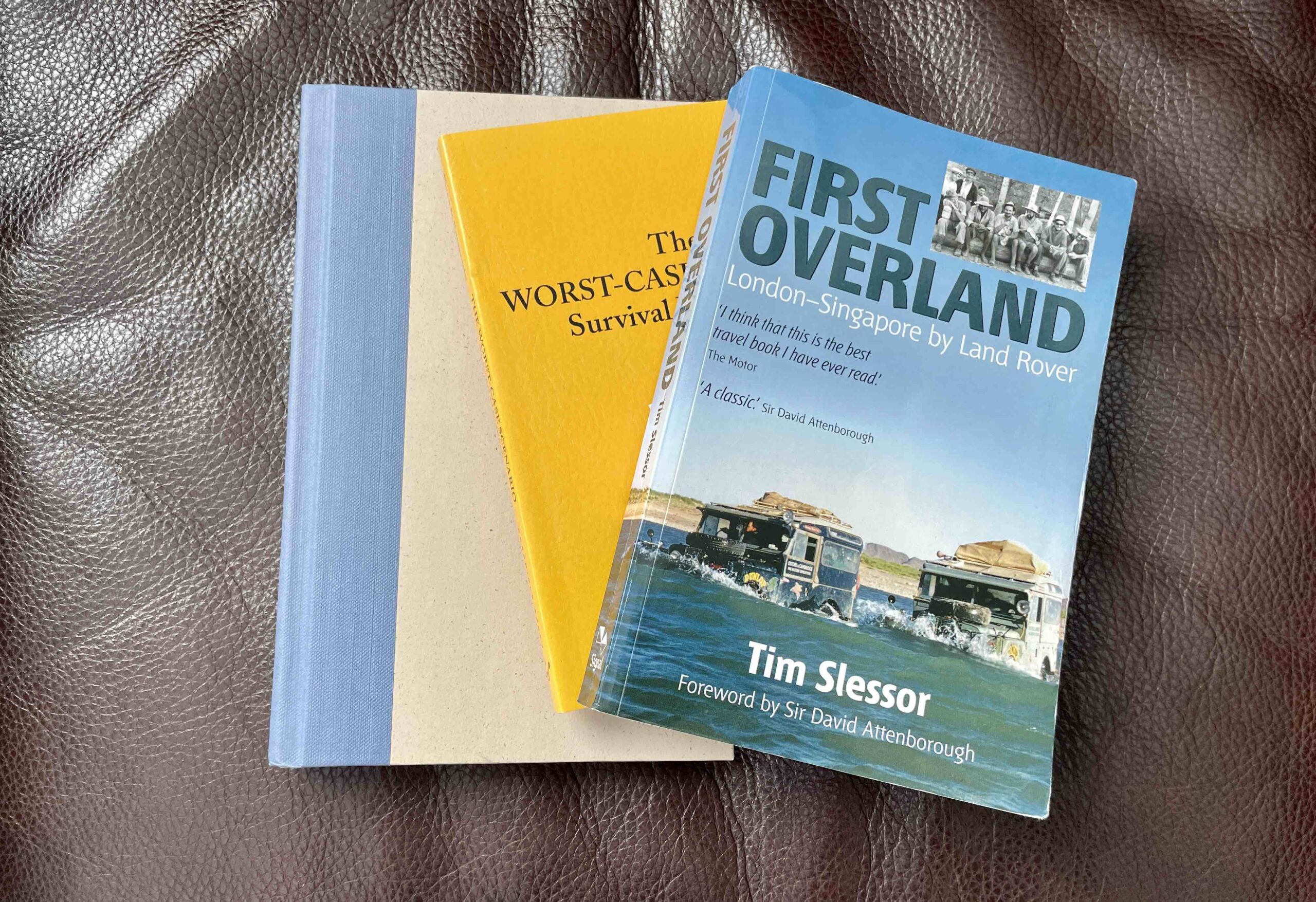 The first modern day overland trip is created when “six itinerant British subjects” who met in University get a wild idea to drive their Land Rover from London to Singapore. They experience the challenges of route planning before GPS (and many times maps), mechanical and weather, geopolitical fluctuations and how to pay for the entire trip along the way. This detailed and colorful diary captures the entire trip. It beautifully captures travel in a by gone era, in vehicles not meant to be driven that far, and what it was like in countries that don’t even exist anymore. The book also captures the mindset to embark on a trip such as this, and how the team prepared and overcame overland challenges.

American Road: The Story of an Epic Transcontinental Journey at the Dawn of the Motor Age; by Pete Davies

In 1919, a convoy of sixty-nine military vehicles set out to prove that the newly invented vehicle could indeed drive across the United States. Averaging 5 mph and covering 3,250 miles, the team proved a vehicle could indeed drive from Washington, DC to California. But it wasn’t easy! Mechanical failures, a lack of roads, dirt, mud, rocks, sand and more took their toll on the team. One notable participate, Dwight Eisenhower, would later become the President of the United States officially ushering into existence the federal interstate highway system.

The Road Chose Me Volume 1: Two years and 40,000 miles from Alaska to Argentina; by Dan Grec

We’ve all day dreamed about letting it all go and hitting the open road. Dan actual does it though! This book details his planning and adventure from the Northern tip of Alaska to Tierra del Fuego, the Southern-most tip of South America. The trip took two years and covered thousands of miles. Dan’s modest budget and Jeep Wrangler got him through it all – but not without challenges, corruption, danger and adventure along the way.

“During 2010 and 2011, writer and researcher Kirby Sanders was selected by the National Park Service to prepare a series of maps and reports outlining the routes and stations used by the iconic old west stagecoaches for the first overland transcontinental mail service from 1858 until 1861. The study was mandated by Act of the United States Congress under the Omnibus Public Lands Act of 2009. Based upon over a decade of research, contained herein are those reports as supplied to the National Park Service. Part of a series that includes the states of Missouri, Arkansas, Oklahoma, Texas, New Mexico, Arizona and California; this volume includes stagecoach routes from Colbert’s Ferry in Oklahoma through Texas and into New Mexico. Original routes and modern driving equivalents are mapped and stage station locations are identified as nearly as possible by latitude and longitude. The study and these reports were designed as a field guide to facilitate further in-depth local research to establish the exact route and station locations of this historically significant but rapidly vanishing trail.”

Stay safe and communicate with family with this two-way satellite communicator.

Pour yourself a hot cup of joe while reading one of these overland books at your next campsite.