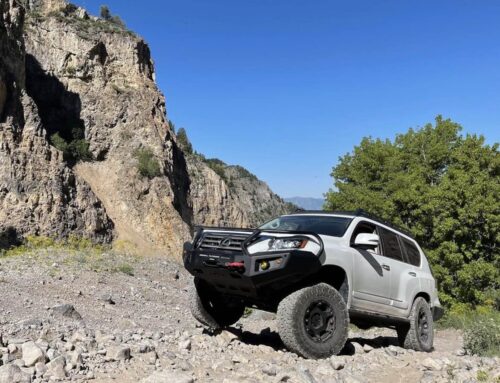 The Lexus GX460 has several off-road front bumper options and we have created the most extensive comparison available. Refer to the table below to see which bumpers fit your application. Always confirm specs, details and prices with the manufacturer before purchasing. If you find any errors please submit a comment. Manufacturers differ on Airbag integration some claiming no interference because they are inertia based systems, to the other end of the spectrum where some certify integration with airbags.

We picked a winner from all these bumpers! Check out our YouTube video!

IMPORTANT NOTE: Model specific information contained on this page is the personal opinion of TXGXOverland.com and anyone interested in verifying dimensions, weights, capacities, features or prices should first confirm these with the manufacturer before making a purchase or deciding how to properly use the equipment. We do our best to keep this data up to date but it is always changing. Current “as of” date: 6/18/2021

DV8 Off-Road makes a hybrid bumper (both high clearance and stealth) for the GX 2014+. This bumper has been added to the scoring model.

ARB USA makes an off road bumper for the Prado 150 called the Deluxe Bull Bar and Sahara Bar. These were not included in the video comparison because they are not officially fitted for the Lexus GX460 (any year). We have included them on the spreadsheet above for comparison and have heard stories of some people figuring out how to mount them to the Lexus GX460. Do so at your own risk!

How much does it cost to weld the Coastal Offroad LEXUS GX460 HIGH CLEARANCE FRONT BUMPER KIT? $1,400. One reader reports he spent about $1,400 with a local welding shop to have the Coastal Offroad Lexus GX460 bumper assembled and finished. This brings the total cost of the bumper to about $2,100.